Posted at 16:20h in Meditation, Philosophy by Mamata Malesa 0 Comments

2020 has seen the end of life as we knew it. It has been a challenging year and we’ve contended with illness, deaths, financial hardship, rigid laws, loneliness and isolation. We have seen many endings and the chaos and uncertainty that ensues, and at last, it’s drawing to a close.  2020 has witnessed the balsamic or ending phase of the ‘Great Cycle’ – the clearing out an old way of being; a letting go of the lifestyle and truths that no longer serve us … arguably the most important cycle of our lifetime. A new ‘Social Mastery Cycle’ is beginning, ready for a fresh start in 2021.

As Saturn and Jupiter met up together at 0 Aquarius on the 22nd – the Summer Solstice, we saw an event that won’t be repeated in our lifetime. It’s the end of an era, and the establishment of a new one. This event is historic in so many ways. Firstly, if you look up above western horizon soon after the Sun sets in the next few days, you may just make out Jupiter and Saturn so close together they’ll be shining ‘as one’. While they are conjunct every 20 years or so, on the 22nd they were closer than they have been for nearly 400 years … less than a tenth of a degree apart. And that’s not all. This is the 3rd, and most important conjunction we’ve witnessed in what has been a monumentally unstable and difficult year.

Firstly, we had Saturn-Pluto in January bringing the hidden virus to light, then Jupiter-Pluto expanding it exponentially, and imposing limitations and isolation on most of us in April, June and November, and now we’re topping it off with Jupiter and Saturn rebuilding the foundations of our lives after a year of demolition.

For thousands of years, in traditional astrology, the ‘Great Conjunction’ of Jupiter and Saturn was the primary marker for making long-term forecasts about society and its evolution. Jupiter rules expansion, success and optimism; Saturn rules contraction, integrity and strong foundations. Put them together and you have a seed moment; a recipe for success, for social mastery. Many people are calling this the beginning of the ‘Age of Aquarius’, and in truth, it’s defined by beginnings: the still moment of the solstice and the beginning of the Sun’s journey north; both planets entering a new sign – 0 degrees Aquarius; the beginning of a new 20-year Jupiter-Saturn cycle; and most importantly, the establishment of a new 200-year cycle of Jupiter-Saturn conjunctions in the Air element.

For the past 200 years, Jupiter-Saturn conjunctions have been in Earth signs (except for a brief foray into Air in 1980 in Libra, followed by a return to Earth in Taurus in 2000). In Earth signs, we witnessed society expanding and developing with an orientation towards achieving stability through controlling nature, acquiring and building material possessions, wealth and territory. In 1980, with the initial incursion into Libra, we saw changes begin, especially in the areas of relationships and equality; and communications and computer technology.

As Jupiter and Saturn begin this new cycle in Aquarius, I anticipate we’ll see a profound shift towards a focus on knowledge, connection, communication and ideals … a collective shift that will define our direction for the next 2 centuries. We’ll see a re-oriented life focus from the Earth goals – making, building and acquiring – to Air – managing people, relationships and groups; service, logistics and humanitarian concerns.  This is a change impelled by the exponential growth, sophistication and proliferation of computers, communications and information technology.

On a personal level, this is an incredible opportunity for us to make a fresh start in our relationships with friendship groups, with the broader community; to speak up for who we are and what we believe in; to envision and manifest a path to freedom and connection.

On a spiritual level, it offers us opportunities for a fresh start – to detach from old habits of emotionality and self-orientation; to gain more clarity and embrace the clear space of good feeling moving forward in our lives.

Whereabouts in your chart is 0 Aquarius? This is where this seed moment begins for you … 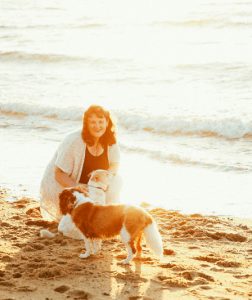