28 Jan Oh no! Mercury’s in Retrograde by Ambika

Posted at 09:00h in Meditation, Philosophy by Mamata Malesa 0 Comments

When we hear that comment, even if we only know a little astrology, alarm bells go off in our head.

What will go wrong? How will it impact me?

Currently Mercury is about to retrograde. The big day is 31st January at 26 Aquarius and he’ll retrograde back to 11 Aquarius at which point he’ll move direct on the 21st February, a period of roughly three weeks.

Mercury is the planet that rules thinking, speaking, listening, reading, writing and learning.  In the world around us, he governs all the different ways we communicate and connect with other people, in particular, transport – planes, trains, buses, taxis, trucks, cars, bikes or walking – and also phones, computers, books, emails, snail mail, texts, and the media. Normally, as Mercury moves forward through the heavens, we expect communication to run smoothly – the car will start, the bus will arrive, we key in a number or email address and our message gets through.

Three times a year however, Mercury moves retrograde.  What does that mean? Can a planet really move backwards?

Of course not! It’s actually an optical illusion related to our perspective. From a divine perspective, everything is moving forward and unfolding as it should. But from our perspective as limited beings located here on Earth under the influence of Maya, it appears to be going backwards! And herein lies the key to understanding it.

It’s offering us an entirely new way of seeing things.

Astrologers will tell you it’s time to reflect, to review, to re-consider, re-do, retreat … all the ‘re-’ words, which literally mean going back over things. And they say it because that’s exactly what Mercury appears to do!  He stations (stops moving), then slowly moves backwards for three weeks, then stations a second time, and finally moves forward again. The chaotic potential is usually strongest around the time of his stations.

During this 3 – 4 week period, the energy supporting communication in the world falters and withdraws. We may witness it in our lives: car and computer breakdowns; phones lost; public transport delays; traffic jams or accidents; contracts and negotiations fail; disorder, confusion and misunderstandings are common. And you may find it especially affects you if you’re a Mercury ruled person – perhaps a Gemini or Virgo, or maybe you have lots of planets in those signs in your birth chart.

This month, with Mercury retrograding in Aquarius, anyone with personal planets or points between 10 and 27 degrees of the fixed signs – Aquarius, Leo, Taurus and Scorpio – may find themselves especially impacted. Aquarius rules computers and the internet, electricity, radio and TV, minority or ‘alternative’ groups, airlines, and generally ‘thinking out of the box’, expressing our individuality … so we may see glitches or hiccups in these areas of life.

While Mercury is retrograde, it’s worth taking precautions in the outer world where possible to prevent disaster occurring. Take the time to go over written communications to check for errors, and beware sending impulsive texts. Allow extra time for travel if you have important appointments to get to, and if you can, avoid signing major contracts, purchasing computers, cars or expensive communications equipment, or if that’s impossible, at least double check the fine print and the warranty!

This is a time when the Universe is asking us to slow down and bring more consciousness to bear in the way we connect with others. It’s an ideal time for meditation, self-inquiry, research, reflection and inner world work.

So every time something goes wrong in the outer world over the next few weeks, think of it as a bell ringing … a reminder to remember the Self, to live from the space of consciousness. 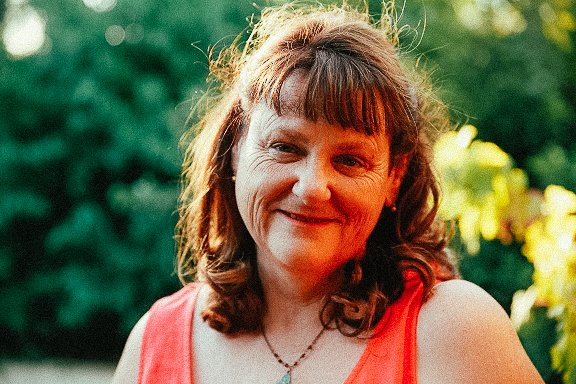 Ambika, a spiritual astrologer and devotee of Swami Shankarananda at The Ashram in Mount Eliza

If you are interested in learning astrology, Julie (Ambika) has online introductory and advanced classes beginning in early February. Contact her at info@juliedeitz.com or juliedeitz.com/services for more information or to register.